In preparing to release a new trailer, creatives often want a final pulse check on how their potential target audience may respond.

With a final draft of a trailer in hand, the next step was to understand if there were any modifications that could be made in post production to make it more effective in driving viewing interest and intent. Furthermore, the study sought to determine which audience in particular the trailer resonated with, to help inform media placement strategy.

For this study, our Dynamic Recruiter captured feedback on the trailer from a panel of 200 viewers ages 18-49, who are regular movie-goers and non-rejectors of action films.

Since the target trailer asset was to appear in YouTube and other display ad placements, the study was a direct exposure to the panel of viewers (learn more about alternative promo testing methods in Use Cases). The first step for users was the intro survey, which profiled movie-goers and captured information about their movie watching habits and preferences. Users then watched the trailer, during which they indicated their level of enjoyment and engagement by interacting with our sentiment buttons. Finally, they are placed into the exit survey where we evaluated their response to the creative and resulting intent to view the film.

Overall, the trailer was well-received by three-quarters of viewers, especially by men. Older women and non-African American viewers of color were most likely to poorly rate the trailer, this finding being primarily driven by Asian/Indian viewers. Viewers enjoyed the blend of action and comedy in the trailer as well as the fact that it paid homage to the original SHAFT. However, some viewers felt the misogyny and name-calling could have been downplayed, while others not familiar with the SHAFT franchise weren’t sure they quite understood enough about the story to go see it in theaters.

Samuel L Jackson remains a cultural icon and is instantly recognized by almost every viewer. Most viewers love or like him very much as an actor. Regina Hall, who appears in the trailer as his ex-wife, is also recognized and loved, but as a distant second. Samuel L Jackson’s screen time helps to carry the attention of those not familiar with the SHAFT franchise and engages viewers in general.

The strongest scene of the trailer was the ending, when Junior tries to crash through the window to join an action scene.  Viewers indicated that it was the most enjoyable and comedic scene. 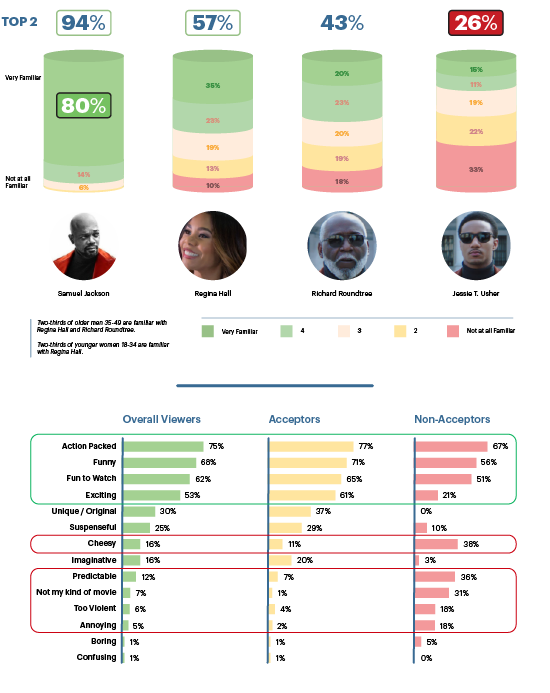 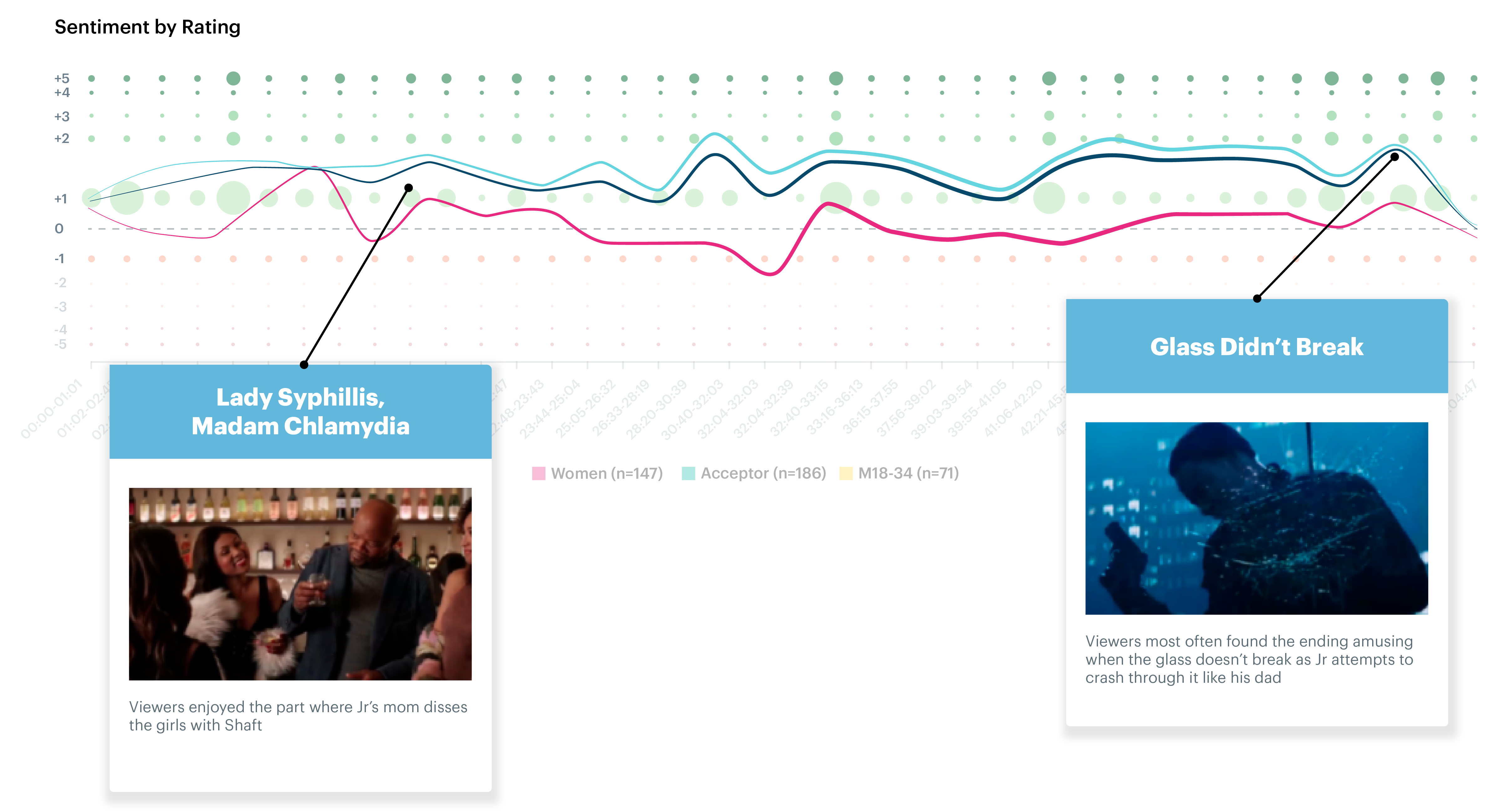 The position of this scene in the trailer coincides with the trailer being well-received because the most impactful moments of this type of creative should be at the beginning and the end. Samuel’s star power helps establish interest to start, this scene creates a strong end.

The only recommendation was to potentially remove the STD joke from the trailer, or find a different point of interaction to cut in that is less misogynistic, for the goal appealing to an even broader audience. Overall the trailer was moved forward at the discretion of the creative team, guided by the insights Pilotly provided.

Get Feedback on Your Trailer or Promo Today